Preparing for Planning at the Priests House, Prestbury

Prestbury village dates back to Saxon times and is so called because it was thought that priests settled there making it into a fortified enclosure (from the name Preosta Burh). It is thought that Prestbury itself was not mentioned in the Domesday Book either because it was too small or had only a church and no manor. 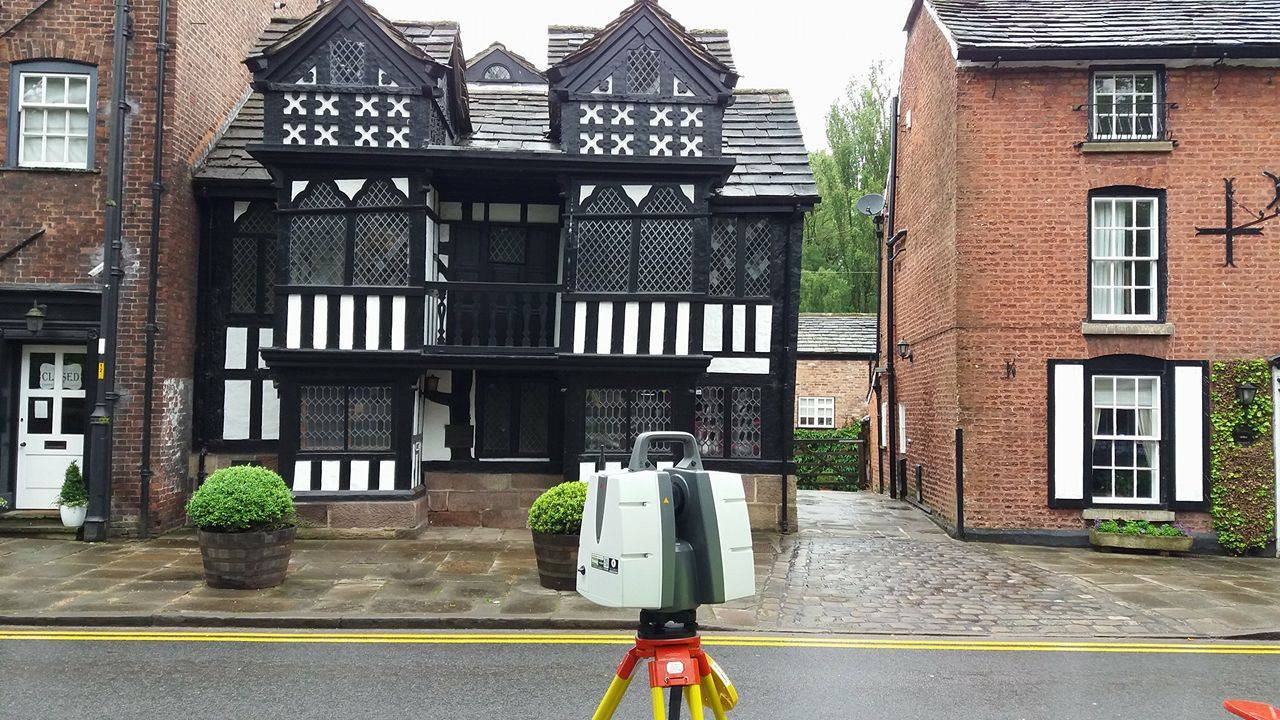 Today Prestbury is a much sought after location and along with the two other villages that make up the ‘Cheshire Golden Triangle’ (Wilmslow and Alderley Edge), it is one of the most expensive places to live outside of London. The quaint village has a population of just 3,500 inhabitants and some of the original buildings, dating back to the 15th and 16th Century, are still standing today.

The current owners are renovating and remodelling the building and were keen to establish the exact design and dimensions of the timber frame currently in place in order to maintain and preserve the integrity of the building as it currently stands. The owners instructed Powers & Tiltman to create a 3D model from a laser scan of both the old and newer parts of the exterior of the building as well as internal floor layouts in preparation for the planning application.

Although the building is designed almost symmetrically at the front, the timber frame is understandably imprecise and so the use of the Scanstation means that an elevation of the building and internal floor layout can be taken quickly and accurately. The benefits of scanning an historic building such as this is that all the black and white timber detail can be easily caught and recorded in a high definition (HD) image. The point cloud file resulting from the HD scan can also be kept for historic reference when making any further changes to the listed areas of the building.

The Benefits of using a ScanStation over a Total Station

As the building has crooked lines in many areas, the capture of the detail using a regular total station would have taken four to five times the length of time it took to capture the information using a Scanstation. “This is the reason we invested in this Leica Scanstation and the accompanying software, we can scan a building in a fraction of the time it would take to use traditional methods and so provide value for money to our clients”, said Managing Director Matthew Powers.

By using a Scanstation this building has, in effect, been committed to future preservation by laying down its extensive data model within a computer file. Today however, the data will be used to recreate the next phase in this building’s history.