Who was Elisabeth Scott?

Not much is known about Elisabeth Scott, she is one of the first female architects to design a public building. Her most iconic architectural structure lies on the banks of the River Avon. 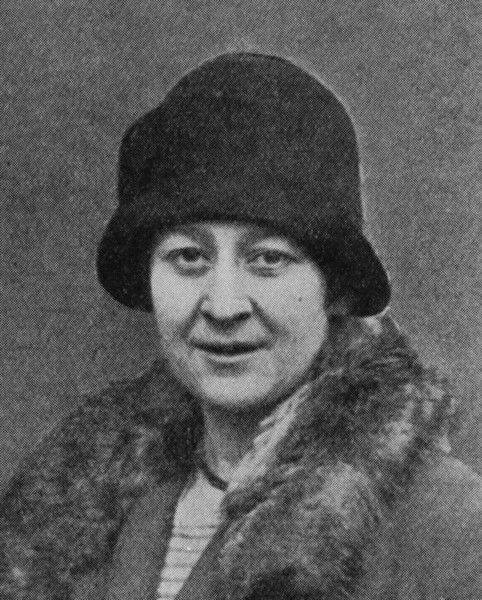 Who was Elisabeth Scott?

Born before the turn of the 20th century, Elisabeth Scott was a British architect, known as the architect for the Shakespeare Memorial Theatre. Scott paved the way for other female architects to follow in her footsteps.

Scott was born in Bournemouth, and she was one of ten children. Scott’s father, Bernard Scott was a surgeon. Scott was home-schooled until the age of 14, when she enrolled into Redmoor School, Bournemouth.

Scott comes from an architectural legacy. Scott was the great-niece of Sir George Gilbert Scott (famous for designing the Midland Grand Hotel at St Pancras Station, London) and George Fredrick Bodley (influential architect with the Church of England).

In 1919, Scott became a student at the Architectural Associations school in Bedford Square, London. Graduating in 1924.

What awards did Scott win?

Scott was the first female architect to win an international award. Entering the competition in 1927, the entry requirements were to redesign the Shakespeare Memorial Theatre, which was destroyed by a fire the previous year.

Upon receiving the award, Scott stated “I belong to the modernist school of architects. By that I mean I believe the function of the building to be the most important thing to be considered. In terms of theatre…this means…that acoustics and sight lines must come first…At the same time, I have taken full advantage of the exceptionally beautiful site on the banks of the Avon.”

Most notably Scott’s most iconic architectural design. The design submitted by Scott was met by mixed reviews. The Manchester Guardian referred to the designs as ‘monstrous, startling and brutal’. Whereas, playwright George Bernard Shaw said Scott’s design was the only submission that showed any knowledge of a theatre.

In 1926, a fire broke out at the theatre. Postcards were produced from the captured photographs of the blaze. Although the cause of the fire remains unknown, some speculate it was an electrical fault or from a lit cigarette being dropped.

Staff and the local people formed a human chain to ensure they could remove all books, costumes, and paintings from the theatre. No one was harmed during the fire.

After the success of the Shakespeare Memorial Theatre, Scott travelled around Germany with her colleague Maurice Chesterton. The pair spent a year touring, to see the latest theatre designs.

Some of Scott’s other notable architecture includes:

Scott continued to practice, until her retirement at the age of 70. Largely forgotten about and seen as the quiet lady designing theatres whilst working for Bournemouth Council.

Scott was one of two key female figures to be included in the redesign of the British Passport. A portrait of Scott and some of her notable designs, including the Pier Theatre, Bournemouth, and the Shakespeare Memorial Theatre were included on the design of the pages.

What would Powers do  if asked to survey the Shakespeare Memorial Theatre?

If Powers were asked to do a survey, it would most likely be at a time when the client is looking to complete a full refurbishment of the inside and outside of the Shakespeare Memorial Theatre. Internal measured floor plans and elevations of the stage and seating area would help to re-design the layout.

Alongside the internal and external elevations, we would do a complete floor and reflected ceiling plans to illustrate the detail of any ornamentation inside.

Powers created this internal elevation for a client. Although not the same as the interior of the Shakespeare Memorial Theatre, the concept is the same. The imagery would be similar, with the structural beams and small, intricate details. If you substitute the windows on the above elevation, you could imagine boxes or balconies as if viewing it from the stage.

There are many details on the outside of the theatre, such as windows, staircases, use of different building materials, doors, and archways.

These external elevations bring to life the details, which might be missed when looking at the real building. In either case, the church elevation is very similar to the shapes of the theatre. It has various towers and a steeple, which comes to a point.

Do you require elevations and internal floor plans of a building with historical significance? Contact us on 01928 734473 or by email at surveyors@powersuk.com

We look forward to hearing from you.