Have you ever noticed a building or retaining wall that doesn’t seem quite upright and thought that something should be done to stop it from getting any worse or remedial action taken to fix it? By monitoring the potential movements of a subsiding wall or building, we can measure how much it is moving and also the direction and rate at which it is moving. If you are concerned about building or wall subsidence, read our article to learn more about deformation and movement monitoring and how Powers can support you. 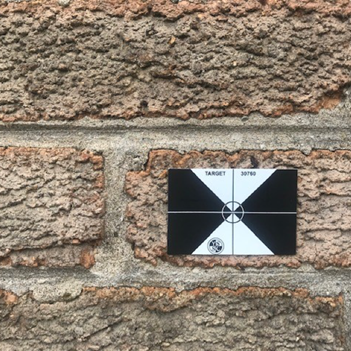 What is Deformation and Movement Monitoring?

Deformation and movement monitoring (also referred to as a deformation survey) is a technique used to monitor the deformation of structures. Deformation and movement monitoring measures and tracks any alterations in the shape or dimensions of a building or retaining wall. It is used in civil engineering, construction, and structural engineering to monitor new and existing structures and buildings where works are either close to or have the potential of affecting the surrounding area and its foundations.

How to Monitor Deformations in Structures

Monitoring deformations in structures is a crucial part of a building’s structural health monitoring process, and it is important to know how to monitor them.

A structure has the ability to change its shape depending on the external forces acting on it. The monitoring of these deformations can be done through different methods, but they all depend on what type of deformations are being monitored such as walls, retaining walls, structures whilst constructing. Some structures are more sensitive to changes than others due to their location or building materials, and their deformation should be monitored more closely.

The technique involves the use of a variety of targets attached to a wall to measure the deformation of a structure over time. The targets are usually placed at different points on the structure. At Powers, we utilise total stations, levels, and laser scanners to visualise the movement. The data is captured using the targets and equipment, which means we can then analyse the data to detect any potential movement in the structure before any further damage or problems occur.

Why is deformation and movement monitoring so important?

It is necessary to monitor any buildings that could be subject to deformation or movement due to local construction or ground works. Buildings can also move due to their age, a design defect, subsidence, impact from vehicles, weather damage or fire damage, amongst other types of impairment.

Monitoring and reporting on the movements of a building mean more informed decisions can be made, the structure can be protected and fixed and most importantly it ensures the safety of the community around it.

The downward, vertical movement of the Earth’s surface, which can be brought on by both natural and human forces, is referred to as subsidence. In contrast to slope movement, subsidence includes little or no horizontal movement. Subsidence can affect a building’s structural safety and value.

What causes subsidence? And why will it damage my building?

Subsidence happens when the ground beneath the building loses moisture and shrinks or mining underneath as the ground drops, when lots of fill is added to the land can become heavy and subside. This is usually caused by prolonged dry spells. Subsidence can also be caused by trees and shrubs, which absorb large amounts of water from the soil. It can also occur in areas where coal mines or salt mines have been dug deep underground, which could disturb the ground above them and the foundations of those buildings built above them.

Is subsidence the same as heave?

No, heave is when parts of the ground under a building shift upwards, pushing the foundations of the building higher.

No, your eyes are not deceiving you, this pub is crooked. This is the Crooked House pub, located in Dudley, England. This structure would have benefited from a long-ago deformation and movement monitoring survey. One of the building’s sides is 4 feet lower than its higher side. The Crooked House pub looks this way due to mining subsidence. To keep the building from sinking any lower, buttressing was used to prevent any further damage. However, the building remains tilted left at 15 degrees out of true, which is why the doors, windows and floors all sit at a weird angle.

If Powers were to do a deformation and movement monitoring survey on this pub, the survey team would be able to survey the structure, apply the most applicable method of monitoring and frequency and provide outputs with the results in various formats from a simple Excel CSV report to mesh models showing the movement of the building. Powers would highlight any movements or deformation, by using a series of targets running along the wall. If the levels appear to move, then this will show how much and how quickly the movement is occurring. Catching the movement early on ensures remedial costs are kept to a minimum and measures can be put into place to prevent the building from sloping more.

Do you have a similar building to the Crooked House or a retaining wall you are worried might be moving? Contact us to get a quote for a deformation survey, you can ring us on 01928 734473 or email surveyors@powersuk.com