Modular Construction- Are we living in an Ikea flatpack universe?

The world is changing. Civilisation is learning to adapt to changing situations and environments. Humankind is understanding the impact they are having on Earth. Climate change is an issue, and people are finally grasping the idea that they need to change their habits to save the planet. One way to help is to lower carbon emissions caused by traditional construction approaches, by changing the way structures are built. One such way is through modular building. 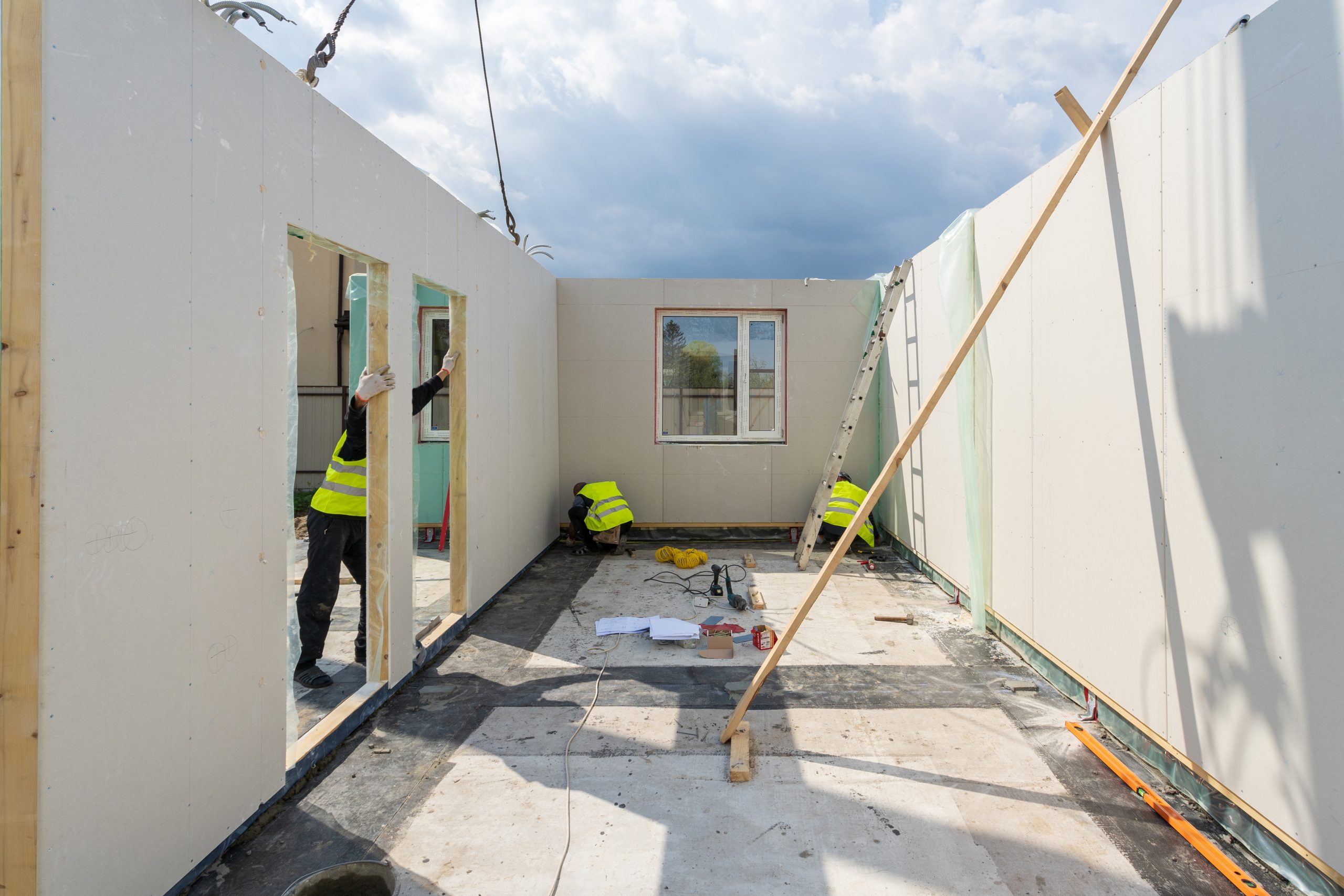 What is modular construction?

Modular construction is when a building is constructed away from the building site, usually in a factory, under controlled conditions in the same way as a conventional building, but in half the time. As they are prefabricated buildings consisting of repeated sections (thus the term modular), they are then transported to the building site.

The exciting part of the construction project is the placement of each individual section. Assembling each section is comparable to creating a Lego structure.

Modular buildings have been around longer than you would have expected. The beginnings of modular buildings date back as far as the 1600s. When the English began to colonise America, many of these citizens wanted homes built with reliable English methods. One of the solutions was to take apart their home in England, piece by piece, then ship it over by boat.

This would have been a very time-consuming method, waiting months for the parts to be shipped. Even though society has advanced since then, with the use of aeroplanes and vehicles, it can still take some time to move the pieces from the factory to the construction site.

Constructing modular buildings has been a very popular alternative to traditional building methods When.

Are there any advantages to Modular construction?

There are some real advantages to modular buildings over traditional construction.

Where can modular buildings be used?

The sectors which use modular buildings vary:

We were appointed by Roberts Construction to support them in the building of a modular hotel in Chester. Site engineering work was carried out on-site at an early stage and continued throughout the project. Due to the modular construction, accuracy was important. With 194 bedrooms, each one had its own component to be lowered into place. So, there was no room for error.

In this case study read in more detail Powers involvement in creating this modular hotel.

Sustainability and the Future

To reach Net Zero by 2050, modular buildings will be the future of the construction industry. With the vast amount of waste currently being produced from constructing houses, using modular housing would cut out surplus materials, and use 67% less energy compared to traditional building methods. Due to the materials used, energy bills will also be a lot lower, as modern modular buildings are better insulated. They are frequently made from recycled materials, and parts of the building can also be constructed from repurposed materials.

Modular building is gaining popularity. In a modern world of fast food, super-speed broadband and next day delivery, society has become dependent on having everything sooner rather than later. There is no time to wait, as that time is better spent doing other things.

The construction industry needs to adapt its methods to be more environmentally friendly. Creating buildings that are better for the environment, but also quicker to assemble.

Are you planning any construction of modular buildings in the future? Get in touch by ringing our freephone 01928 734473 or email surveyors@powersuk.com