The River Ribble is filled with many types of migrating fish, but their numbers were dwindling due to a gauging weir. The River Ribble Trust appointed Powers to undertake riverbed surveys to gauge the sections of the river, to allow for the decommissioning of the weir. This project holds the title for the widest weir removal in England. The removal of the weir will have huge benefits for the wildlife, reversing human interference. 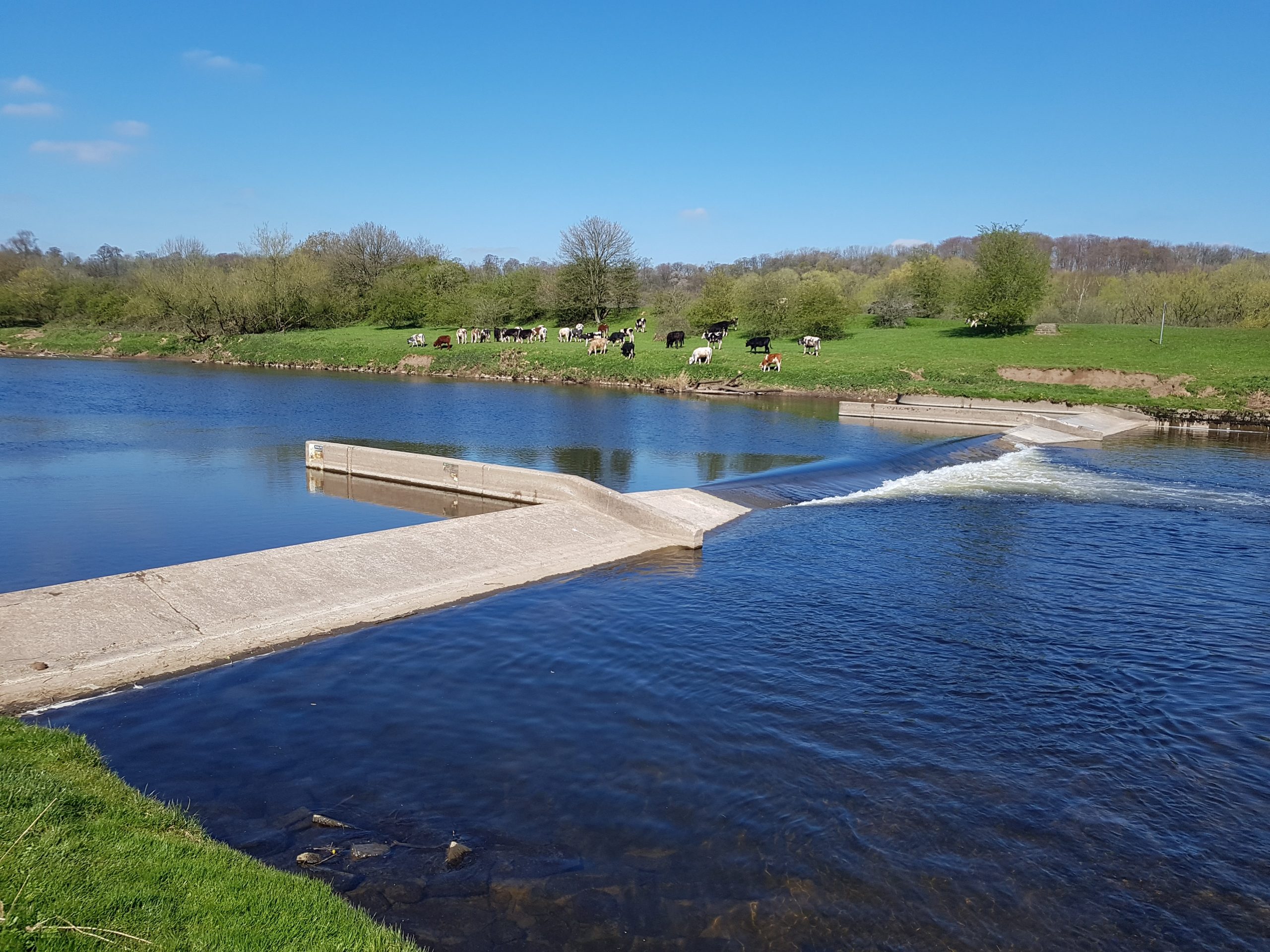 Ribble River Trust commissioned a project to remove a redundant gauging weir adjacent to Brockholes Nature Reserve. While Samlesbury Weir was a low-head structure (a manufactured structure, built in a river, extending full across the banks), fish were still forced to expend energy to move upstream. The weir was originally built in the 1970s as a hydrometric gauge station, to monitor the low river flow. It became unsuccessful and was made permanently redundant.

The removal of this barrier has returned the river to its natural state and enabled local and migratory fish species to move more freely. In addition, it has also led to several rare and endangered species, such as smelt, lamprey, and eels benefitting from the removal of the weir. These improvements will ultimately enhance the population numbers. Decommissioning the weir will also provide extensive benefits in the upstream habitat and should result in a greater diversity of species residing in the areas.

River restoration projects such as this help restore the natural state and function of a river and, as the widest weir removal in England, this project will have maximum benefit to the Ribble, its tributaries, and the wildlife that are dependent on it. 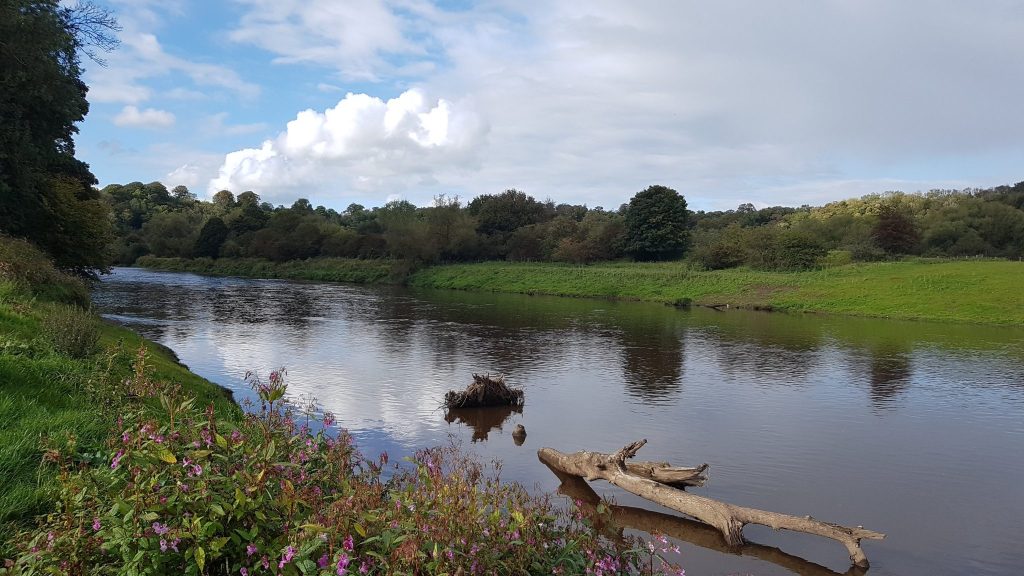 Powers was commissioned by the River Ribble Trust to undertake a riverbed survey for various sections of Bezza Brook, which runs into the River Ribble. These sections were taken to provide insight into the terrain of the brook underwater. River depths and contours formed part of the data gathered.

The overall project was impacted by national lockdowns due to the coronavirus pandemic and subsequent changes to working practices. Though, it continued despite these challenges. However, surveying the brook brought its own challenges to the Powers survey team.  Due to the information required, the survey team had to don waders to undertake the work. Because of the cold temperature of the water and the waist-high levels the water could reach, it was difficult for the team to work.

Parts of the watercourse were deeper than waist height and the risk assessment identified that the surveyors shouldn’t access those areas, as they were too dangerous. In the areas where the water was too high, the surveyors took educated estimates on the depths and terrain of those areas, based on findings from the neighbouring sections of the riverbed.

The riverbed was very uneven underfoot, with numerous drops, making the potential for slips very high. Care and attention were required throughout the project, and the team never worked alone. 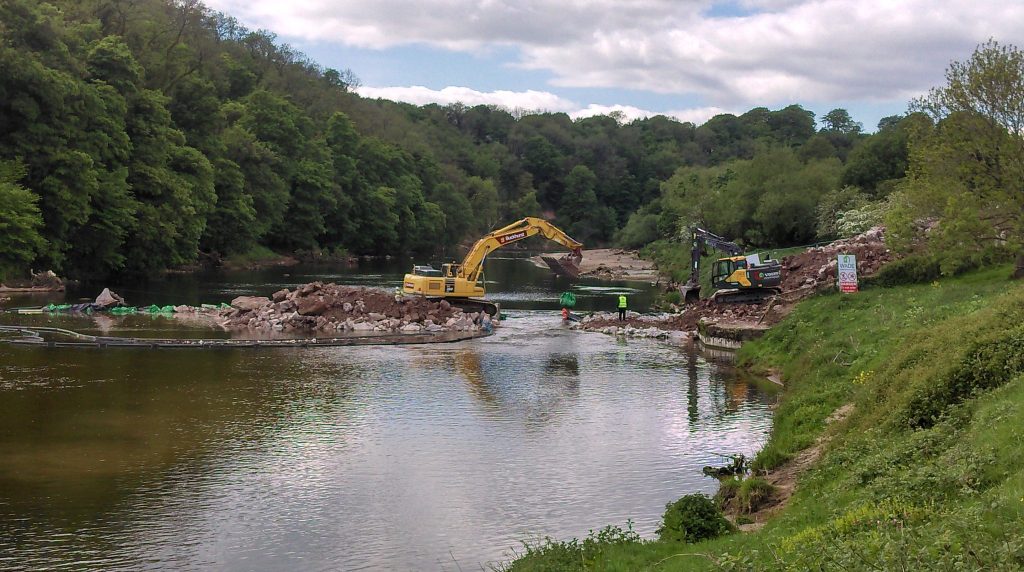 The work on the Samlesbury weir has now been completed. Removing the first man-made barrier that migratory fish encounter on the River Ribble. The project was completed by the River Ribble Trust, working with Wade Group. Funding for this work was made available by the European Agricultural Fund for Rural Development.

Susie Kinghan from Ribble River Trust commented: “This was an important project for the Trust, and we needed to ensure we could get accurate information from which to make our decisions. The riverbed survey work carried out by Powers provided invaluable data to the project. The Powers team members were great, and we worked well with them throughout their involvement.”

Read more of our case studies

Do you have similar projects in your pipeline and think you could benefit from one of our services? Contact us for a no-obligation quote by calling us on 01928 734473 or send an email over to surveyors@powersuk.com.