Print PDF Project
Following undertaking a pre-appraisal survey, Powers was requested to carry out an extensive full topographical survey of the whole of the Lancaster Canal Quarter. Lancaster has a widely varying topography and it was necessary to understand it from a visual and connectivity point of view for the full design statement or planning application. Split over six sections, once complete the survey was passed on to Planit-IE to enable the company to model up the complete site, including sectional elevations, which helped inform height restrictions. 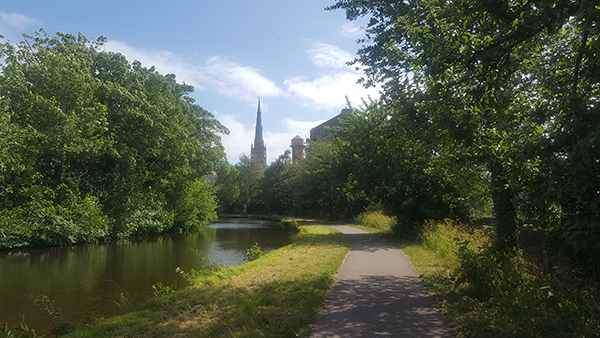 The redevelopment of Lancaster’s Canal Quarter is a vast project, which encompasses a 16-acre site in the city’s former industrial heartland.

Lancaster is a popular cathedral city and the county town of Lancashire, England, which is steeped in history and national significance. The Canal Quarter is part of the redevelopment by Lancaster City Council known as Canal Corridor North. The broad aim of the project is to diversify the area beyond the retail sector with a wider mix of uses, including housing and business opportunities, combined with a reduction in retail space. The council, supported by Lancaster University, has agreed that the area will have a crucial role in the growth and development of Lancaster in the future.

The council identified several key factors the reshaping scheme must focus on: 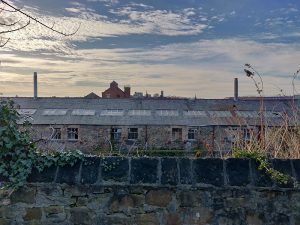 Planit-IE was originally commissioned to develop a Spatial Strategy, but this developed into a full Strategic Regeneration Framework for Lancaster City Council. The aim of the strategy was to guide the future development of the site and set the brief for potential developers. Powers was involved in the early stages of the project, beginning with a pre-appraisal survey, which was carried out in June 2018. Following the pre-appraisal survey, Planit then asked for a full topographical survey of the whole of the Canal Quarter. Lancaster has a widely varying topography and it was necessary to understand it from a visual and connectivity point of view for the full design statement or planning application. This comprehensive survey took place from 11 June to 19 July 2019.

Powers’ surveyors put Ground Levels on an OS tile, creating a general spot level survey across the whole site including tow paths and roads. This provided a general understanding of the ground level changes across the proposed development area, to help with early stage development and as a pre-appraisal survey.

The topographical survey covered a huge area, so the site was separated into six segments. Each topographical survey was very complex, with access issues and having the general public present at some of the sites. Some parts of the site were gated or had private areas with derelict buildings, so special access had to be arranged to carry out the survey. Access to other buildings, such as NHS-owned hospitals, had to be pre-arranged too.

Across the site, access had to be agreed with a number of stakeholders, including NHS Properties, Worthington Properties and Lancaster University. There were also areas of land with demolished buildings and other challenges that required safeguarding measures for the surveyors and their digital equipment. As a result of a variety of factors, there was no lone working on the site and a rigorous Risk Assessment was carried out before work commenced each day.

Meticulous pre-planning and copious discussions before going on site kept the project on track, with the minimum of disruption. To further minimise delays while securing access to private or gated areas, surveys were carried out in the large open access areas, to maintain the project’s momentum.

This complicated, wide-ranging survey was completed over a continuous five-and-a-half-week period in 2019. The topographical survey of all six areas was then prepared and passed on to Planit-IE to enable the company to model up the complete site. Sectional elevations have helped inform height restrictions in certain areas and the ensuing roofscape ensures that the panorama from the canal over the city is not lost.  The brewery will remain the tallest building on the site, and a landmark for the city.

Helen Buckle, Senior Urban Designer, Planit-IE, said: “The work Powers carried out at Lancaster Canal Quarter has enabled us to develop a consistent brief for future developers to work to, which will ensure that the character of the site remains intact.”