Powers undertook ground radar surveys of the underground utilities at Grey Mare Lane, part of One Manchester Housing Association. The work was carried out on behalf of UCML, which was engaged to review the utility implications of reorganising the street layouts. Powers provided UCML with a comprehensive underground utility survey of the site, which has enabled UCML and One Manchester to make informed decisions regarding the position of new utilities and what to do with the existing layouts. 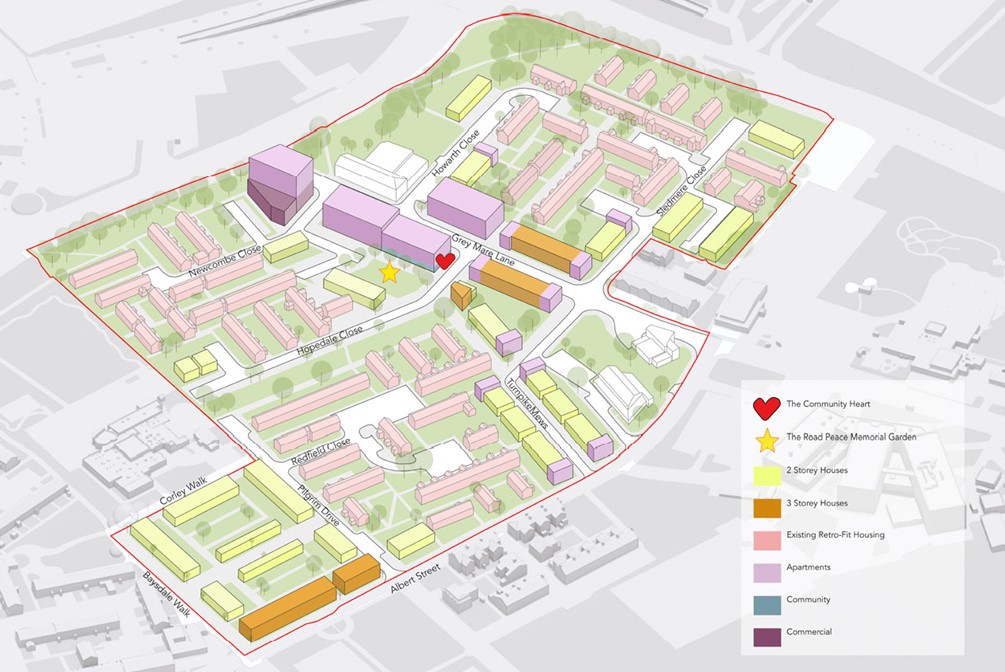 Grey Mare Lane is part of One Manchester Housing Association. It is a large urban redevelopment scheme to the south of Manchester City’s football ground, the Etihad Stadium. The brownfield site is undergoing a regeneration and redevelopment, to create a range of new affordable housing. Properties and tenants are already in residence too, as the district is a well-established estate. Its redevelopment is part of the Eastlands Regeneration Framework, which is a schedule of work agreed by Manchester City Council. This plan sets out the vision for the wider area and the proposed investment in facilities, new businesses and work opportunities. It is being coordinated by Manchester City Council, One Manchester, Manchester Life and other partners. The Eastlands Regeneration Framework has identified the area around Grey Mare Lane as one of its key focus areas.

The ambition is for the project to link the area and its residents to wider investment and opportunities in the city area. The Grey Mare Lane estate, a network of maisonettes flats and houses, was built in 1968, as the council cleared Victorian slum terraces across Beswick and Manchester as a whole. But whereas many council-built properties in the vicinity have been upgraded, Grey Mare Lane has until recently been left unchanged, despite its proximity to Manchester City’s state-of-the-art football ground.

The current One Manchester regeneration programme involves building new homes for residents who are affected by the demolition, along with a number of additional new homes with tenures, such as shared ownership. It will also involve making improvements to the remaining homes, to help make them more energy efficient and enhance their external appearance. This will also include improvements to the local amenities around the estate, along with alleyways, thoroughfares and open spaces, with provision too for car parking. 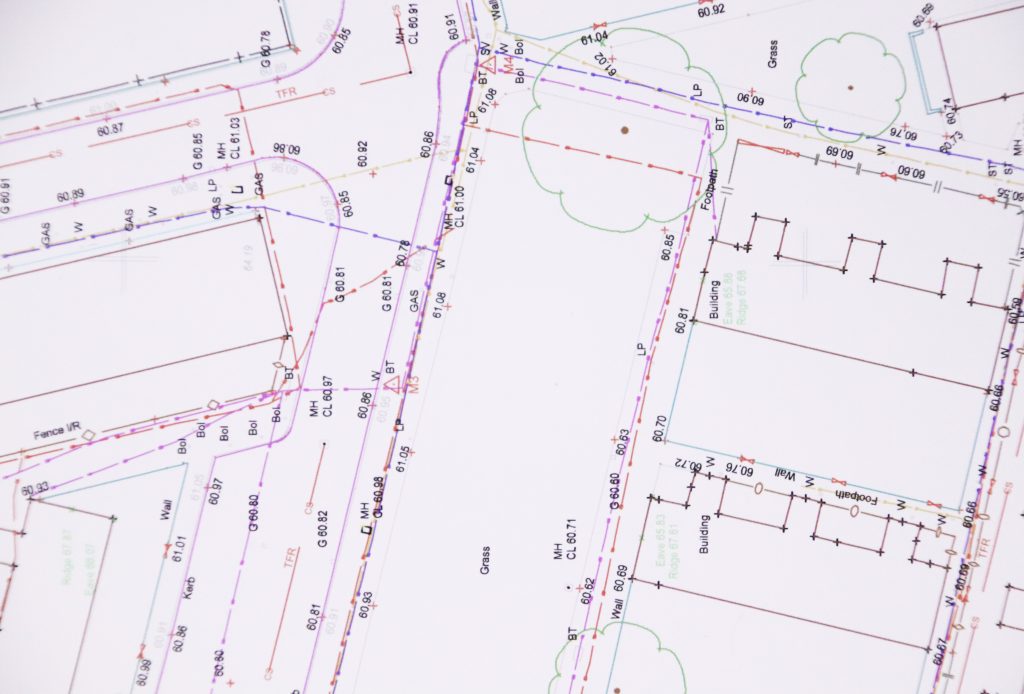 One Manchester is working through the site, with properties being emptied or upgraded as it goes. UCML Utilities Consultants was brought into the project, to provide consultancy advice. The Wrexham-based company is a leading provider of utility connections consultancy and project management services to the UK construction industry, working in Manchester, Liverpool and across the UK.

UCML was engaged to review the utility implications of reorganising the street layouts, as some changes can incur significant utility costs. Utility networks are often difficult to relocate and existing frameworks, especially underground, can be outdated with regards to modern needs. UCML needed to identify what was in place and what the cost implications of moving or changing the roads and the infrastructure would be if required. Powers was brought in by UCML to undertake ground radar surveys of the underground utilities.

Carrying out the underground utilities survey identified the location of subterranean service duct and cabling over a wide area at the Beswick site. Using high-precision Ground Probing Radar (GPR), Powers was able to eliminate the risk of utility damage for any excavations and identify exact positions and depth of services on the site. The Grey Mare Lane site is a huge area that includes between 500-600 properties. Due to its complexity and age, UCML couldn’t rely on the existing records to be entirely accurate. The sheer scale of the site and its mixture of buildings undergoing demolition, construction and refurbishment meant the survey was a complicated, convoluted process.

In addition to the physical layout of the site, there was also further considerations too, such as residents and traffic, and the mixture of properties and accesses. Some parcels of land on the site proved difficult to access, due to a combination of the ongoing Covid situation, and other unforeseen events, such as broken-down vehicles in the road and gated-off areas.

With residents present, the Powers team had to be mindful of how they were impacted, and they ensured all social distancing measures and appropriate clothing was implemented throughout their work.

Powers provided UCML with a comprehensive underground utility survey of the site, showing the location and type of service networks, in relation to design features (such as foundations) and existing buildings.

The utility detection survey identified the underground services, including the pipes, cables and equipment associated with electricity, gas, water (including piped sewerage) and telecommunications. By understanding the layouts and what exactly is underground on site, UCML and One Manchester have been able to make informed decisions regarding the position of new utilities and what to do with the existing layouts. It has also contributed to the health and safety of residents and workers on site, as the contractors know what to expect. Powers’ utility surveys comply with up to Level B of PAS 128 and TSA Utility Survey Guidance Notes.

Jonathan Davies, from UCML Utilities Consultants, said: “The site at Grey Mare Lane has been a huge project that will reinvigorate an area of Manchester and enhance its’ residential neighbourhoods. Powers’ contribution to the planning and layout of the site has been invaluable to us. We have been able to locate and map out the complicated service routes, which has further enabled us to make informed decisions and recommendations on how the site can develop in the longer-term. We have worked with Powers on projects in the past, so we were confident of the company’s capabilities and the quality of the survey results.”