Powers was engaged on the Moxy Hotel development as site engineer at an early stage in the schedule and continued throughout the project. Powers set out the hotel at foundation level, then returned to set out and measure the columns and beams on each floor up to roof level. Powers was also responsible for carrying out several verticality checks, checking the columns using 3D and laser surveying methods. The company finally carried out As-Built surveys, to check the level and positions of cropped piles and marked out grid lines on newly cast foundations. 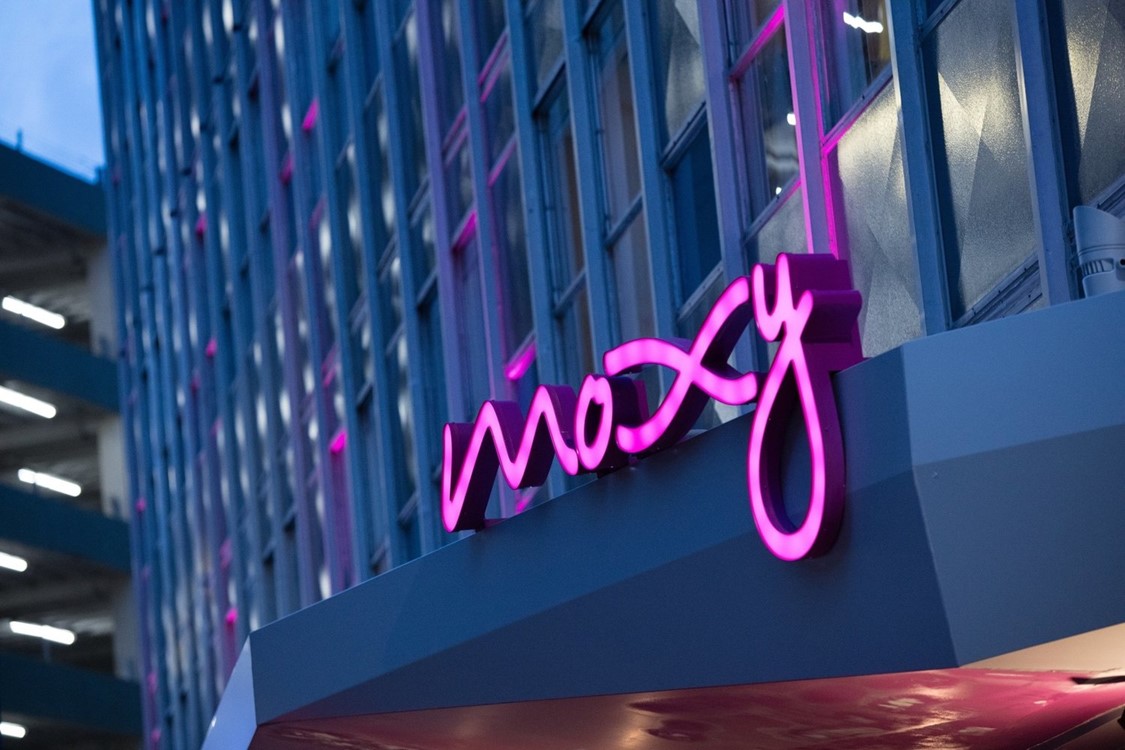 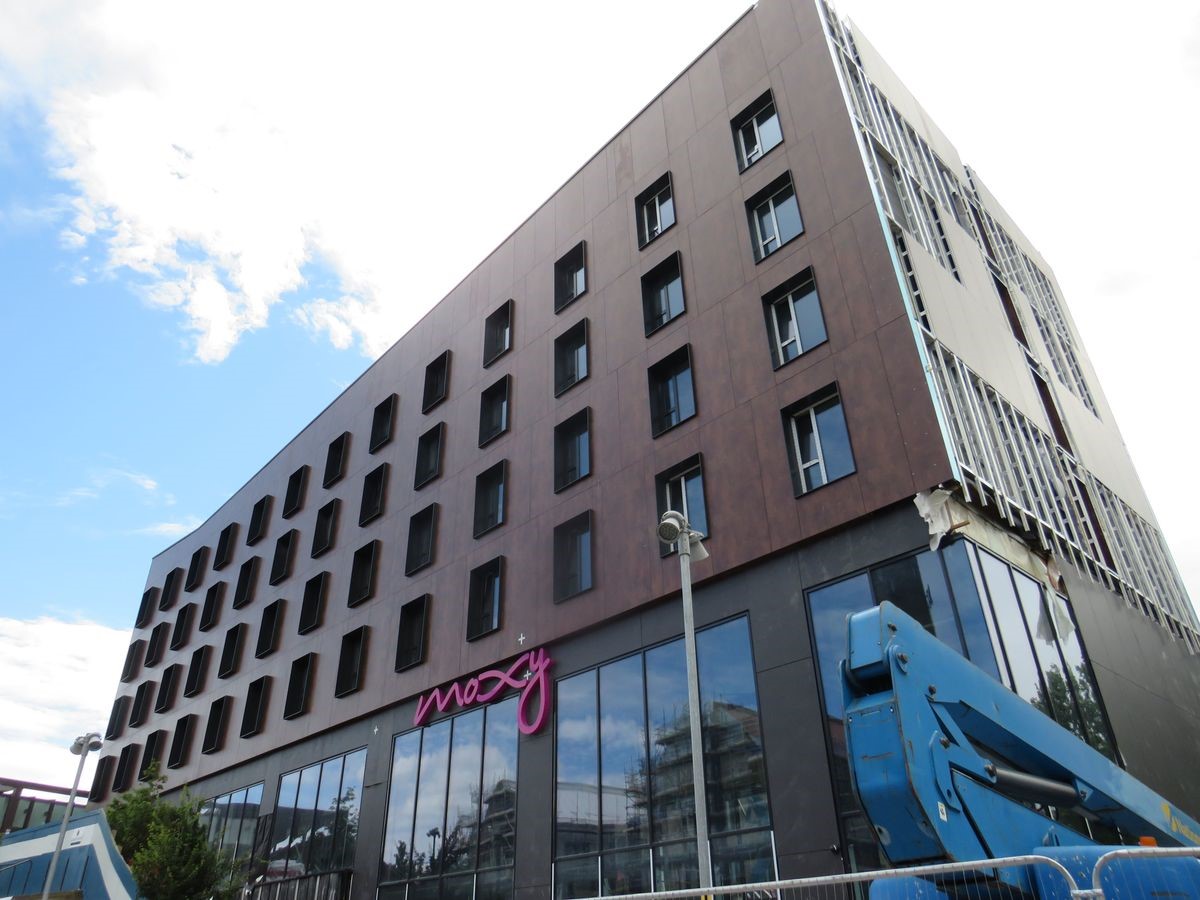 The Moxy Hotel is a new-built project by Vastint Hospitality, to design and construct a 194-bedroom hotel. The £9.5 million development sees the accommodation constructed over four storeys.

The hotel is situated in the city of Chester, in the North West of England, which is a popular tourist destination with both UK and international travellers. Thanks to the city’s rich heritage and architecture, the area is steeped in history, to the extent that an exploratory archaeological dig took place at the site, which completed in January 2019 before groundwork commenced.

The main contractor was Robertson Construction. Work commenced on the site in February 2019. The construction consisted of the installation of piling and foundations, with steelwork frame and modular design. The site is adjacent to the Chester branch of the Shropshire Union Canal on one side, which was prohibitive for access. 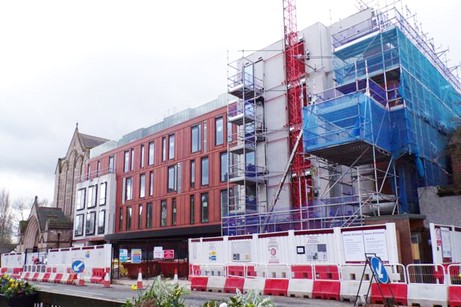 Land surveyor Powers was engaged on the development as site engineer at an early stage in the schedule. Robertson Construction initially contracted the company to work on the project from November 2018 to October 2019. However, ultimately Powers worked on the project throughout the construction.

The company set out the hotel at foundation level, then returned to set out and measure the columns and beams (steelwork) on each floor up to roof level.  Powers was also responsible for carrying out several verticality checks, checking the columns using 3D and laser surveying methods. Finally, the company also carried out As-Built surveys, to check the level and positions of cropped piles and marked out grid lines on newly cast foundations.

The project presented several challenges. One aspect was that the site was very small, leaving little space to work with so many other contractors on site. The site was a former school and playing field, but the boundary is the canal waterway. To work around this confinement, Powers’ engineer used elevated reflective targets on the surrounding buildings to get control, instead of at ground level. This meant that the engineer could refer to them constantly – without obstructed views – which allowed him to work to 1mm accuracy.  Despite the cramped conditions, Powers’ engineer was still able to manually set out approximately 300 steel pins using a robotically controlled total station. Noise levels and vibrations at the site had to be timed and monitored, due to the presence of Peregrine Falcons, a protected species, in the nearby Shot Tower building.

As with all construction projects, the importance of accuracy was paramount. Due to the hotel’s modular construction, each bedroom has been designed as an individual component, a living space ‘box’ similar in size to a caravan, that is then lowered into place. It was vital that aspects such as the foul water drainage pipe in the toilet would match up to the floor below, so the building fitted together as a whole. To achieve this, the ground control used to set out the piles and other elevated reflective targets on nearby buildings, was sited from every floor level up to the roof. This created co-ordinated continuity up the building and maintained accurate co-ordination between floors.

Once the concrete floors had been laid, they had to be drilled for air conditioning, pipework and other utilities. Everything had to be in exactly the correct place, to ensure it fitted together from one floor to the next, with pinpoint accuracy. Measurement co-ordinates for the utilities pipes had to be calculated on site as the building was being constructed, which was a tricky task due to time pressures. Doublechecking measurements by tape gave the opportunity to measure twice and cut once. In all calculations, the opportunity for human error is great, so simplifying any calculation is important to ensure success. The Moxy Hotel is asymmetrical in layout, not a rectangular shape, which created an even greater opportunity for human error in calculations from floor to floor. Realising this, Powers’ engineer devised a simplified way of making accurate calculations for the foul and utility pipes on each floor, to ensure all measurements were right first time. 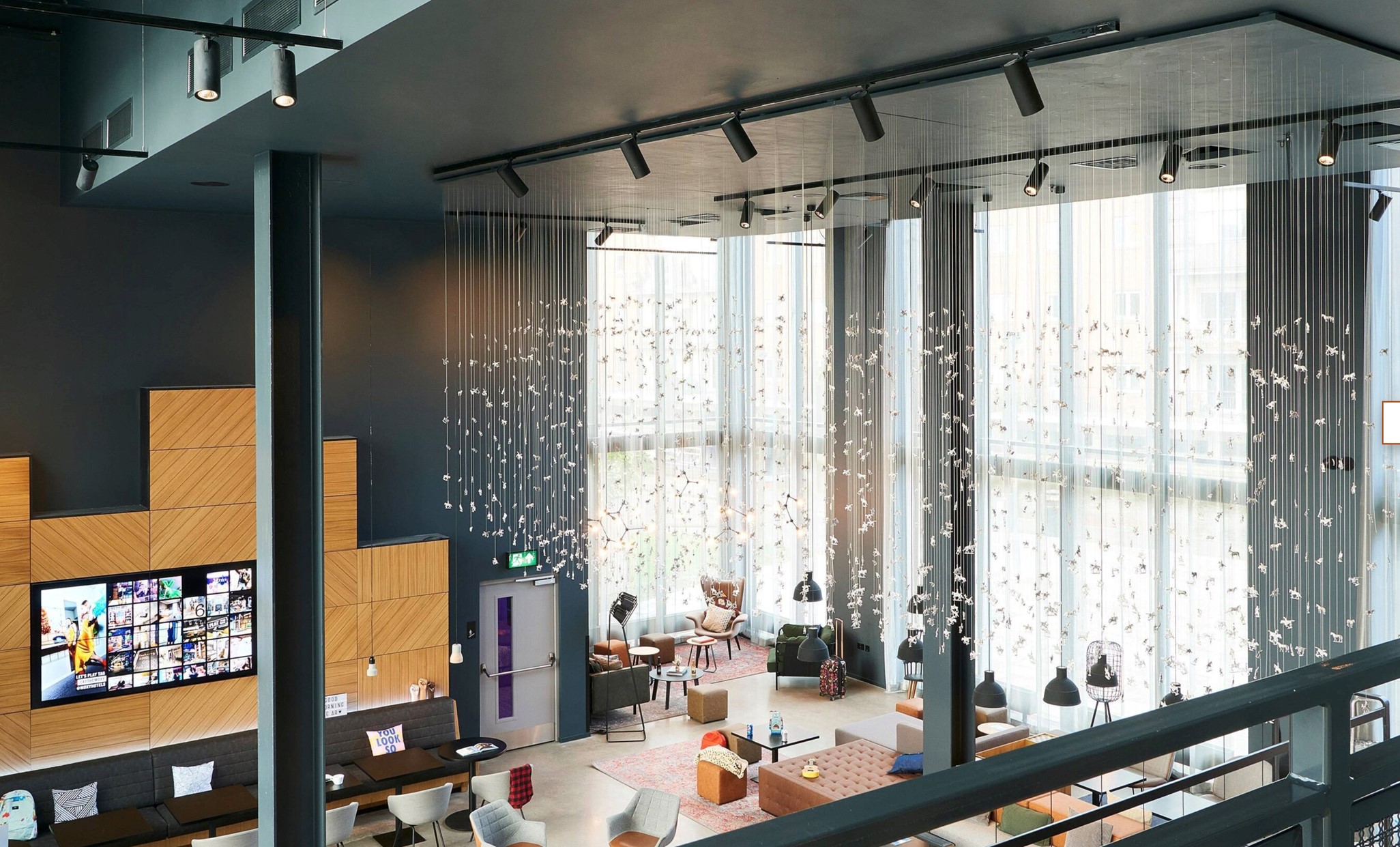 Powers’ principal engineer worked closely with Robertson Construction throughout the construction of the hotel and ensured that everything was comfortably within the allowed tolerances.