Atlantic Park is a well-established mixed-use business park based in Liverpool. The business park is home to a variety of companies such as Capita, Denholm UK Logistics Ltd, and One Vision Housing. The former Rolls Royce factory is also situated on the site. Atlantic Park is well located next to the Port of Liverpool, with motorway network links to the M57 and M58, making it the best-located business park in the North West.

A well-known national architectural firm in the commercial sector is The Harris Partnership. With Atlantic Park, they plan on building new commercial buildings on the empty lots around the business park. By redeveloping Atlantic Park, it will add another successful development project to its already impressive portfolio. 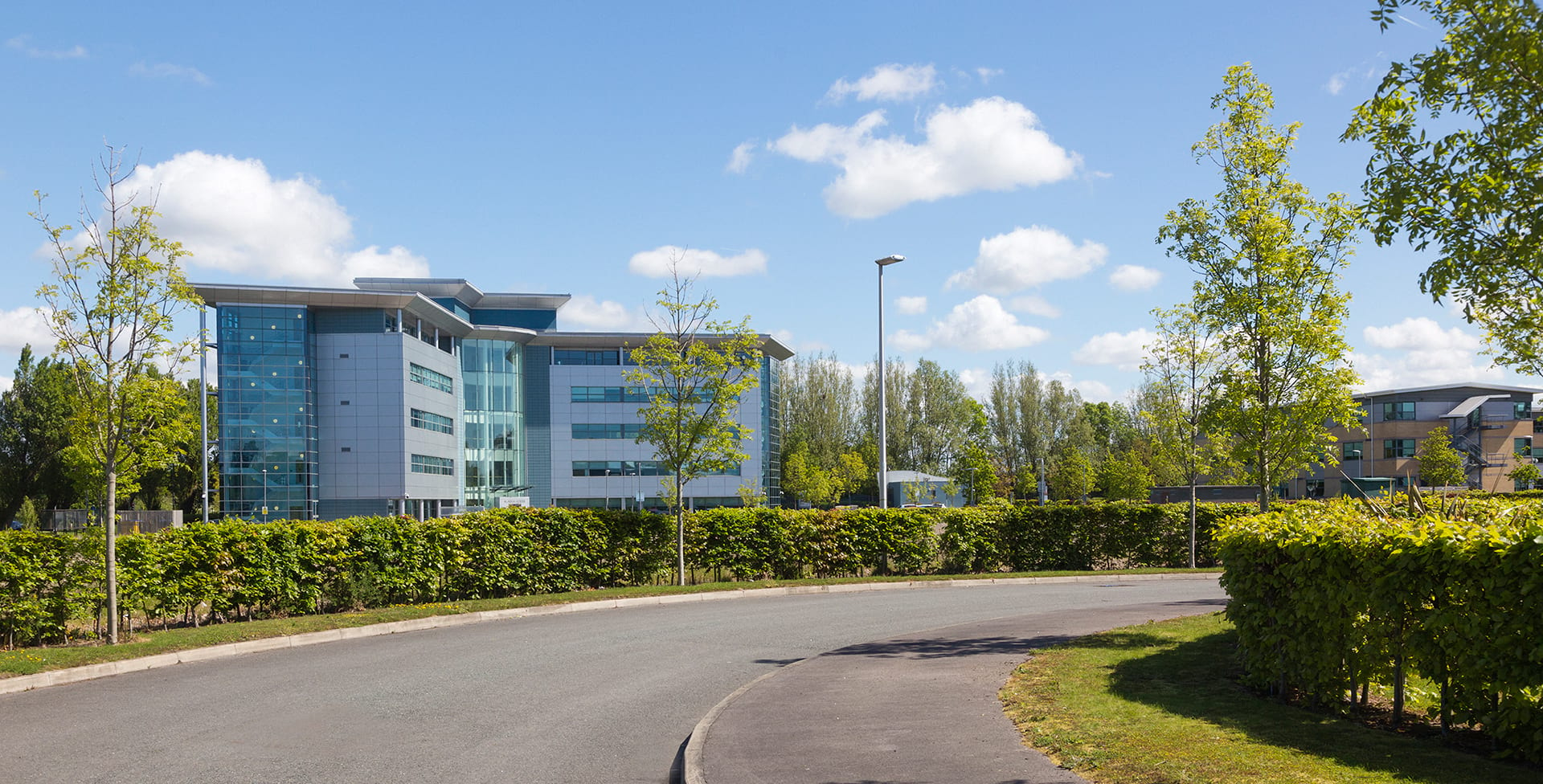 The proposed development plan is for two logistic warehouse units for B2 (general industrial) and B8 (distribution or storage) uses. The area is currently made up of empty fields, which is where the proposed logistic units will be constructed. There will also be site access to the new units, parking, service yards (a yard that is utilised for storage of materials or vehicles) and landscaping of the grounds.

These proposed units represent Phase 1 of the future of Atlantic Park development, which will see the Rolls Royce factory, which is known as ‘Big Foot’, being demolished. Big Foot is viewed as an eyesore that deters from the attractiveness of Atlantic Park to other businesses in the Liverpool area. The Rolls Royce factory, which closed its doors in 2007, will be replaced with a modern, sustainable, and fit-for-purpose building.

The topographic survey also allowed The Harris Partnership to give contractors key information, such as specific coordinates for groundworks and building positions, and the drawing can also be shared and used across the design team and by different consultants and construction contractors.

The initial scheme sketches were drawn by hand and based on an ordnance survey map (also known as a feasibility study). There was no clear detail, and this drawing was less accurate and detailed than a topographic survey. The original drawing didn’t show many features, such as ground levels, service manholes, trees, surface changes, existing building information, and boundaries, all information that needs to be considered in the design of a new scheme

The spatial data collected by Powers for the topographic survey meant The Harris Partnership were able to determine the extent of the existing buildings, trees, and landscape, and pinpoint with accuracy the manhole locations, to help them locate underground services.

Having the Powers team locate the perimeter of the site gave The Harris Partnership important information to see the extent of the site.

The topographical survey completed by the Powers team meant The Harris Partnership were able to create a detailed scheme with exact measurements, ready to be sent to their client. This drawing would then become the base plan for all future construction work.

Phase 1 of the project is expected to cost around £14 million altogether, and it will likely be finished in late 2023 or early 2024.

Louise Jones, Architect, The Harris Partnership – “I have worked at The Harris Partnership for 10 years and I am the lead on various projects, which include retail and commercial to industrial and logistics. We’ve worked with Powers on a variety of different projects, using the many services they provide. They always provide a high standard of work and have a great, friendly team. The work the Powers team did on Atlantic Park was extremely beneficial to us, as we were able to create accurate drawings based on the information provided.”

If we can support you with a topographic survey on your site, fill in our contact us form for a no-obligation quote.