The Rise of City Living

Over recent years, cities across the UK have seen surges of people moving their lives and businesses into and around their centres. Between 2002 to 2015, the BBC reported that populations had exponentially grown across cities; including Liverpool (181%), Manchester (149%), Leeds (150%), Leicester (145%) Southampton (94%) and Birmingham (163%). But what exactly is drawing them in? We look at some of the reasons why city living is so popular: 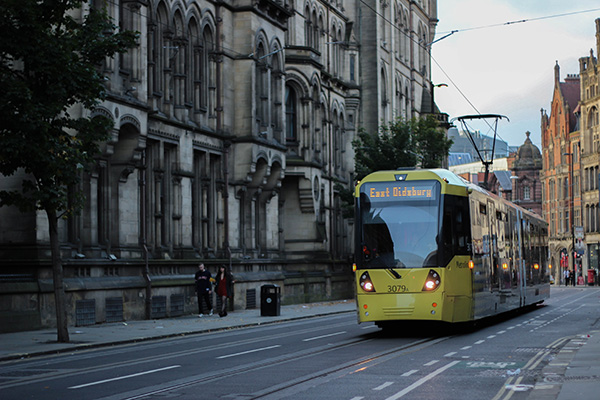 As city boundaries grow and blur, with the surrounding sprawling urban neighbourhoods, the solution for encouraging city centre dwelling has been to build up instead of out. Apartment blocks are a trendy, secure and convenient option for city dwellers, and are often the logical step up for graduates moving from student housing and accommodation.

A big drive for people moving into cities across the UK is to access to many of its fine universities. People from all over the world also come to access some of the best courses on offer. Many students, as well as their partners, upon graduating will then continue to reside in the city. For couples and young professionals not quite ready to give up the heady student high-life, the dynamism of a city and all of its socialising options is an attractive prospect.

Cities are the epicentre of commerce, with a wide variety of independent, high-street and designer brands vying for retail space and shopper attention. And while the future landscape of the high street remains uncertain, in ‘normal times’, the city nightlife is an abundance of bars and restaurants enticing passers-by with a wide array of styles and tastes.

For those seeking employment at whatever stage of their careers, the city is often the place to look. More businesses than ever are migrating to the city centre – with accessibility, an emerging talent pool and social opportunities all factoring highly in the decision-making process.

Councils have spent thousands, millions and even billions on improving business sectors and centres in their cities, such as MediaCityUK in Salford, with an increasing drive of digital companies making a niche for themselves. The ‘Northern Powerhouse’ has seen more companies are moving their businesses to northern cities, such as Manchester (The BBC) and Leeds (Channel 4), as well as to midlands cities such as Birmingham (HSBC).

When living in the city, getting to take in the sights, sounds and tastes takes only a moment or two by foot. Walking to work or the shops is all the more enjoyable for not having to deal with the stresses of public transport and long commutes. As well as being more financially and environmentally friendly. City councils are meeting this demand by pedestrianising larger areas of cities to create more walking-friendly routes.

This doesn’t provide the only health and fitness option. There is a wider access to gyms and classes in these areas too, as well as the option of picturesque city parks to run and exercise in.

The price of city centre commercial and residential property will only increase in value as the trend for growing city populations continues to rise. More young people are renting than buying, with three quarters of city-dwellers living in rented accommodation. City centres are also filled with old and dilapidated properties taking up space which could be used more effectively for new developments, as well as historic buildings just waiting to be rejuvenated into trendy offices and apartments.

At Powers , we specialise in hi-tech precision measurement surveys to provide land, property and specialist surveying services to a wide variety of industry sectors. We can produce precise measured building surveys to record what buildings currently exist, in order to update and enhance what is already there, setting out plans and surveys which includes mapping out the position of the building from other surrounding structures to inform site plans, as well as internal measured building surveys for accurate internal layouts of a building.

Contact us to find out how we can help your next city centre development.