What is a Smart City?

Cities are a place where the old meets the new.

It is believed by 2050, 85% of the global population will be living in cities.

There is more to smart cities than becoming digital, they are about the people who live in them. The use of this technology and the data it provides helps people to make more informed decisions and live a better quality of life. 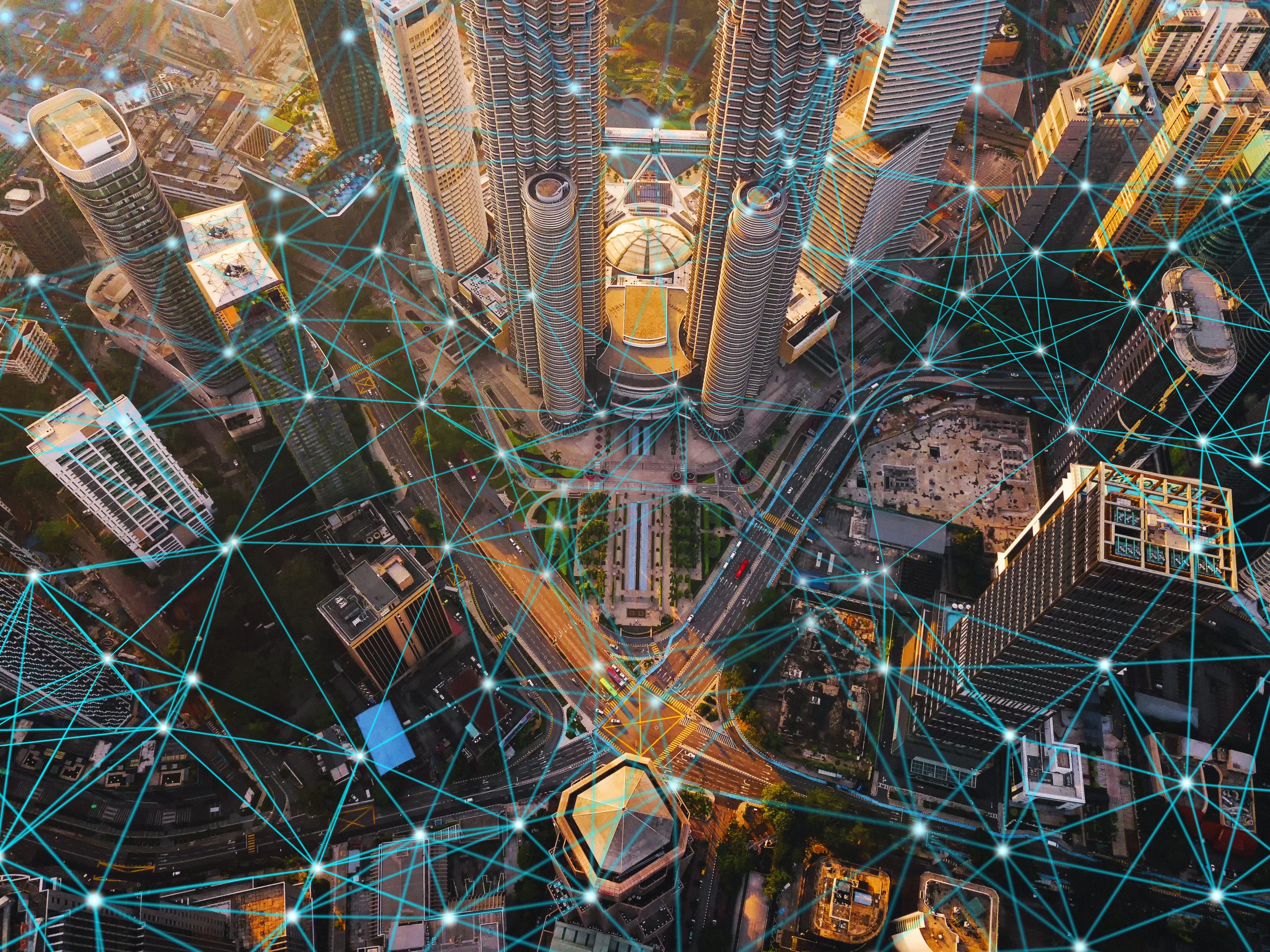 What is a smart city?

A smart city is a framework, which predominantly is composed of Information and Communications Technology (ICT). ICT is used to develop and encourage sustainable practices to address the growing urbanisation of a city.

The aim of a smart city is to optimise the city’s functions through data analysis and the use of connected devices and technology. This data can then promote economic growth through relevant goods and services and improve the quality of life of the people residing within the city. 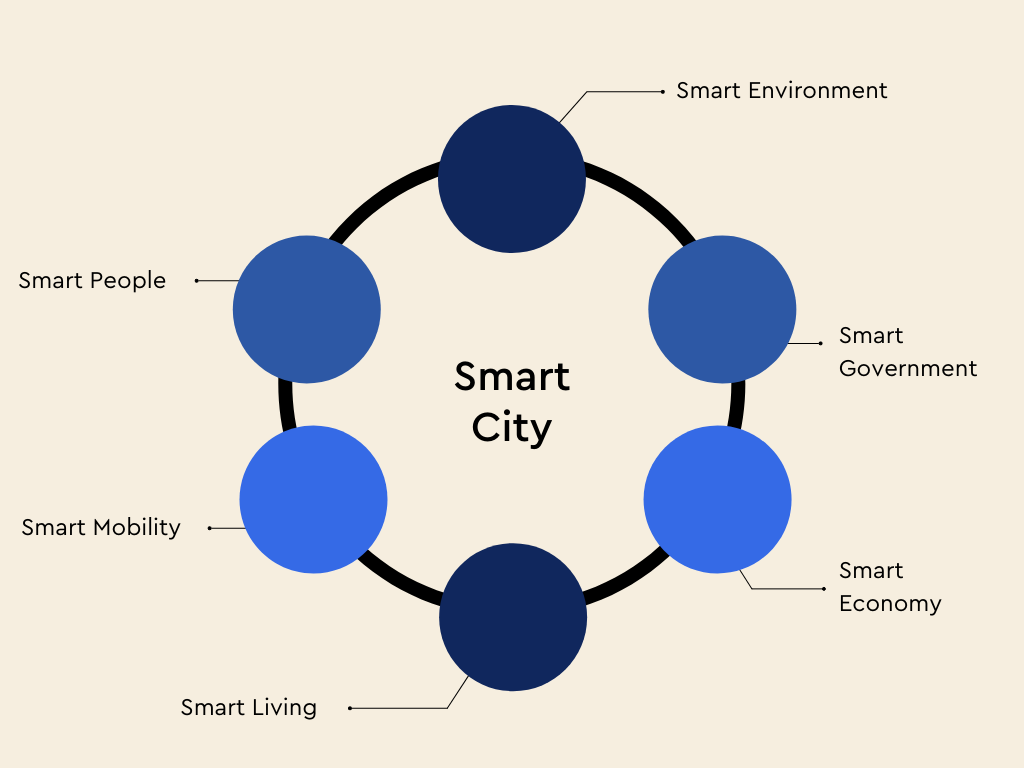 This model shows six characteristics which are used in combination to run a smart city. Each characteristic uses several factors, which gives out a score, to rank as a smart city. This model is based on Rudolf Giffinger’s (a Professor of Regional Science at Vienna University of Technology) approach to scoring cities.

The Internet of Things (IoT) are enabling smart city initiatives across the Globe, providing the ability to remotely monitor, manage and control devices. By examining this information, the data collected can create new insights and actionable information from the real-time data. Lights, meters, and sensors are some of the IoT devices used to collect and analyse data. These are all devices used by the people who live within the city.

To be seen as a smart city, it will need to include:

Shanghai has recently been ranked the world’s number one smart city for 2022. After an evaluation of their transportation, energy and lighting, city management and urban connectivity, Shanghai was able to meet the standards presented to be considered a smart city.

Shanghai has a digital twin, which shares real-time data and helps to assess the management and help future-proof the city. The city has full coverage of 5G and fibre optic coverage across 99% of the city. Shanghai has a platform called Citizen Cloud App. This app is considered world-leading to drive data from people living in the city. It uses Cloud computing and AI. It covers government information such as births, marriages, and deaths. There are 14.5 million users on the platform. The Citizen Cloud App is the preferred way to contact the city about any issues.

Closer to home, London and Manchester are also smart cities. Although not making the cut for the title of number one smart city, both cities have changed for the better.

London uses a traffic management system known as SCOOT (Split Cycle and Offset Optimisation Technique). It optimises green light time at intersections. The management system feeds back to a magnetometer (a device that measures the magnetic field) which induces a loop of data to a supercomputer. The supercomputer co-ordinates the traffic lights across London, which improves traffic flow.

Manchester converting into a smart city

In 2018, Manchester won a government led technology competition. Manchester was awarded £10m to develop an Internet of Things (IoT) smart cities demonstrator. This allowed Manchester to improve their services across the health and social sectors, transport, and energy, making Manchester safer for its residents. The initiative has allowed for increased health benefits, empowered the people to be more in control of what they do, and has lowered their environmental impact. Although the project has since been completed, Manchester is using this demonstrator to help its functionality as a smart city.

Surveyors provide a significant role in the development of the groundwork of developing a smart city. Using hi-tech equipment, it allows surveyors to become a valuable part of the infrastructure mapping team. The ability to capture millimetre accurate measurements and locational information, provides the base data required for smart city services.

Smart cities improve people’s lives. They enable communities to be more resilient and safer for the residents, by reducing crime by 30-40%Using real-time crime mapping, home security systems and predictive policing methods, we can use these real-time data monitoring systems to send out automatic alerts to police. A prime example comes from Oakland, California. A system called ‘Gunfire Locator’ is installed around the city, and the microphones can pick up the sound of gunshots, triangulating its position to the nearest police unit. It’s reduced incidents involving gun crime by 66%.

With the use of AI, smart cities can deliver a more sustainable environment for everyone.

A sustainable city (or eco-city/green city) is designed with social, economic, and environmental impacts in mind. They are an urban centre which is engineered to improve these elements through urban planning and management. A visual representation would include green parks in the city with various green spaces, more pedestrian walkways, more cyclists than cars and solar-powered buildings.

Smart cities are the future, with growing populations and advancing technology, they are an example of industry 4.0 in action. Ensuring space works for everyone and generating data to tackle the issues of the future.