GPS, GPR and what is GPRS?!

Have you ever worked on a project or are you currently working at a site, and you’ve heard the abbreviations GPS, GPR, and GPRS but aren’t sure what they mean? We know and understand your confusion. In our blog, we’ll discuss each one’s meaning, operation, and how they fit within the Powers services. 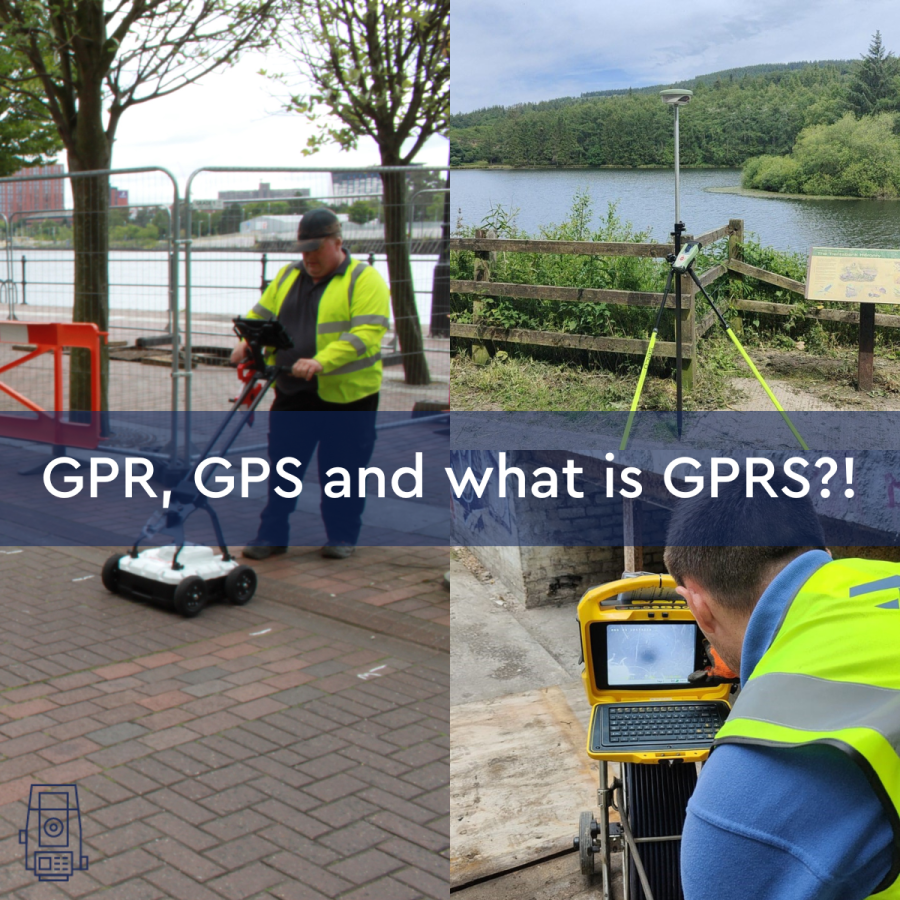 Let’s start with the basics: what is GPS?

GPS stands for Global Positioning System, a precise global navigation and surveying system that relies on signals from several orbiting satellites. GPS is commonly used when navigating using your phone or Satnav.

The surveying profession was one of the first commercial adaptions of GPS, after being used exclusively by the military until the 1990s. The GPS directly provides latitude and longitude positions to the receiver without the need to calculate or measure the angles and distances between two points.

How does GPS surveying work?

Whilst using GPS in surveying works in the same way as any other GPS devices, such as phones, the way surveyors use GPS is different for two reasons: their technology and usage.

In what ways is GPS used in land surveying?

There are three main ways GPS is used in land surveying:

Each approach yields different data, but they are all used in the same way. Powers uses RTK while executing GPS land survey work because it enables us to accomplish jobs more quickly and efficiently without compromising accuracy, which saves you money as less time is spent on site.

How does GPR work?

Ground-penetrating radar detects and analyses changes and contrasts in the reflected signal using a short electromagnetic pulse to penetrate the earth. When the pulses reach the pipe or cable, a reflection is produced based on the conductivity and dielectric (an insulating material which has poor conduction of an electric current) properties of the components and the surrounding materials.

The 2G and 3G mobile telephone networks are connected by the mobile data protocol known as General Packet Radio Services or GPRS. It enables cellular communication between mobile devices. But this has nothing to do with land surveying. Or does it?

What is GPRS in land surveying?

In our 50 years in the profession, we haven’t encountered the phrase “GPRS,” but it was brought up in conversation at a recent networking event. Someone asked if we offered GPRS, and we weren’t entirely sure what they meant. However, after some research, we have learned that it refers to a ground penetrating radar survey. A GPRS survey is identical to an underground utility detection survey.

Indeed, we do! All our underground utility surveys are conducted to the PAS128 level, we offer you all the accurate information you need to plan and design around buried assets.