Powers was engaged to carry out a series of surveys including full topographic and underground utilities surveys for the student housing development at St Leonard’s House. In addition, Powers had to set out modular areas on each level for student accommodation. The curved shape of the building meant that the long corridor down the centre, with rooms accessed off it, had to be curved too. St Leonard’s House was a complex and challenging project, but Powers was able to provide an engineer with the specialist knowledge to address these challenges and enable a modern student accommodation, with stylish and comfortable studio apartments to be developed. 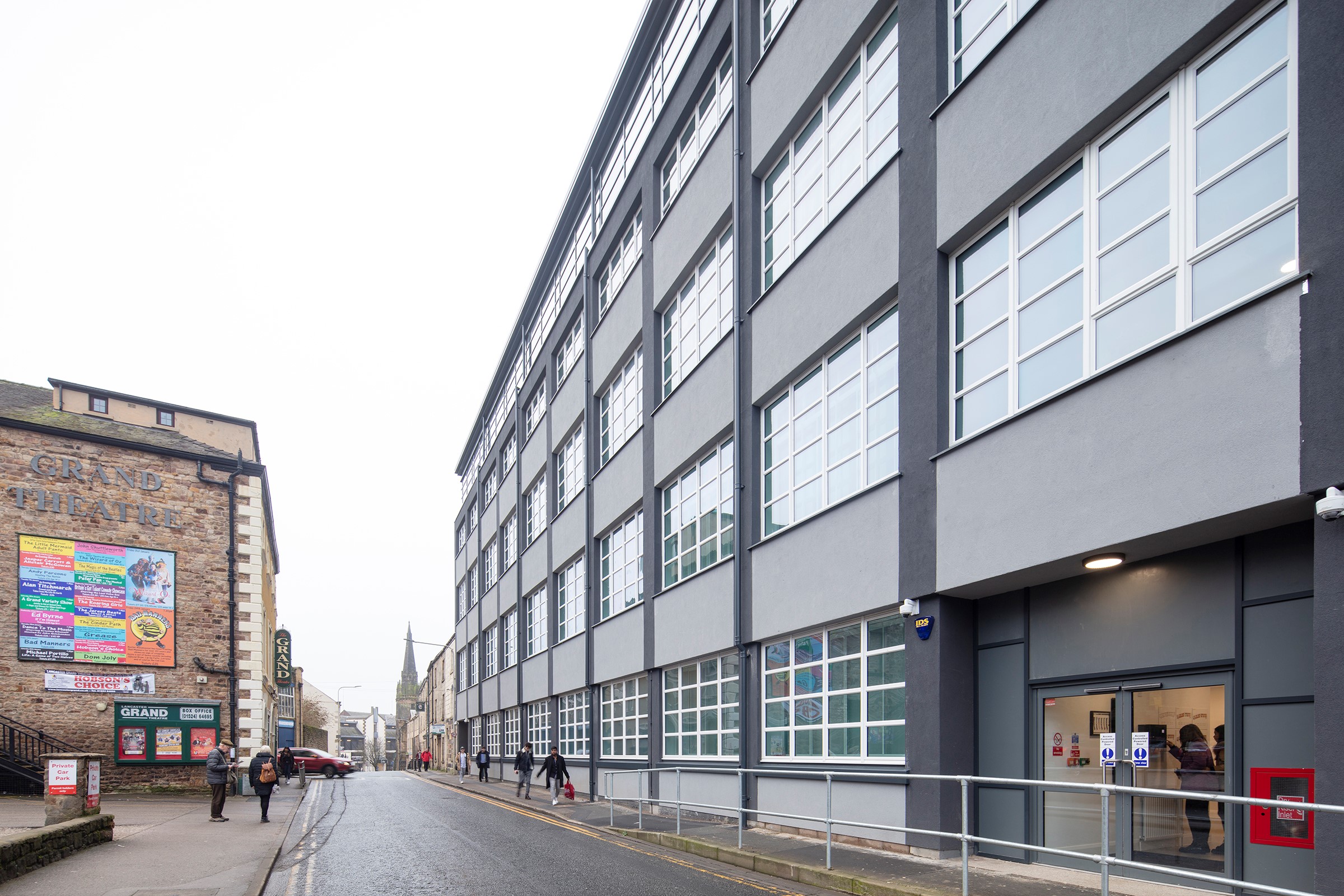 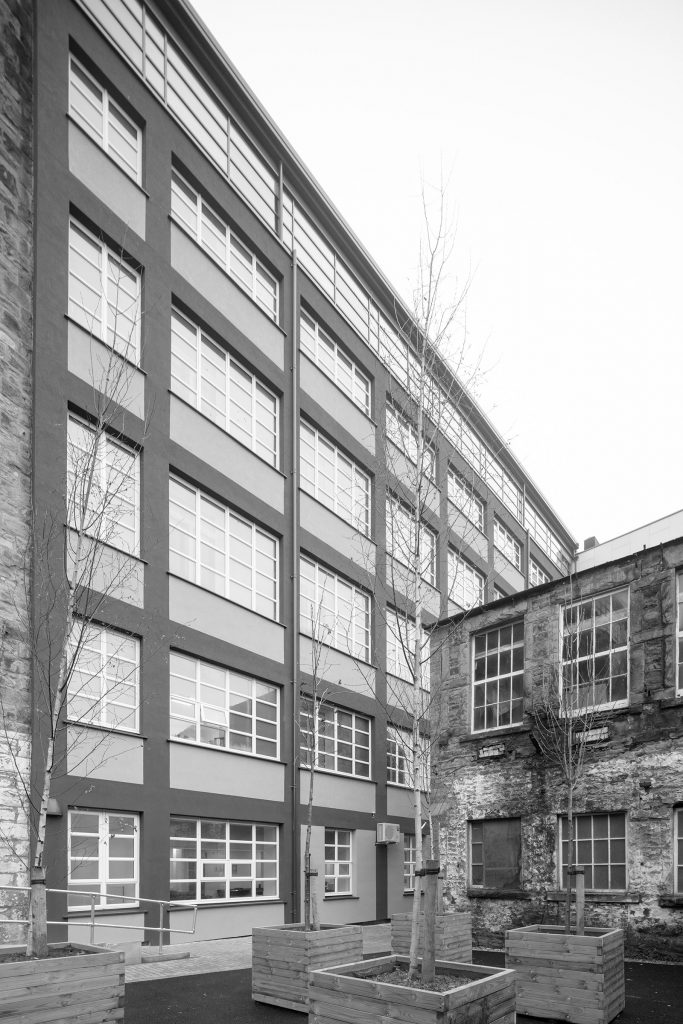 Located in the centre of the university city of Lancaster, St Leonard’s House is a Grade II listed building. As part of a £14.4 million project, it has been redeveloped into student accommodation.

The project addressed the need for additional high-quality student accommodation in the city. It is the redevelopment of two adjoining buildings, to form 179 residential student flats, which are split into self-contained studios and en-suite bedrooms. The old mill warehouses had formerly been used to make the fabric for parachutes during the Second World War for the Lancaster bombers. They had also been used for furniture manufacture and had been council offices until 2014.

The redevelopment of St Leonard’s House was carried out by Robertson Construction, in collaboration with architects Archial Norr. It has revitalised these historic structures, which retain many of their original features, while also providing high-quality accommodation. The internal structure of one of the buildings, which was stone-built, had its structural elements replaced with a new steel frame, and new timber floors. The second building, a concrete structure, was stripped back to allow remodelling. New floors were added to both buildings, by removing the existing clerestory roof and adding a lightweight steel structure instead. The redevelopment also included the construction of plant areas, three lifts, recreational space and several kitchen areas.

Early on, Robertson North West managed the asbestos removal and soft strip operations, which allowed the existing structures to be surveyed, so that the design stage of the scheme could be developed. Powers was then engaged to carry out a series of surveys and engineering work.

In July 2017 Powers carried out full topographical and underground utilities surveys, while in July and August 2018 there were nine further site jobs undertaken, involving setting out and site engineering. All the activities were made more difficult by the age, condition and design of the existing structures. 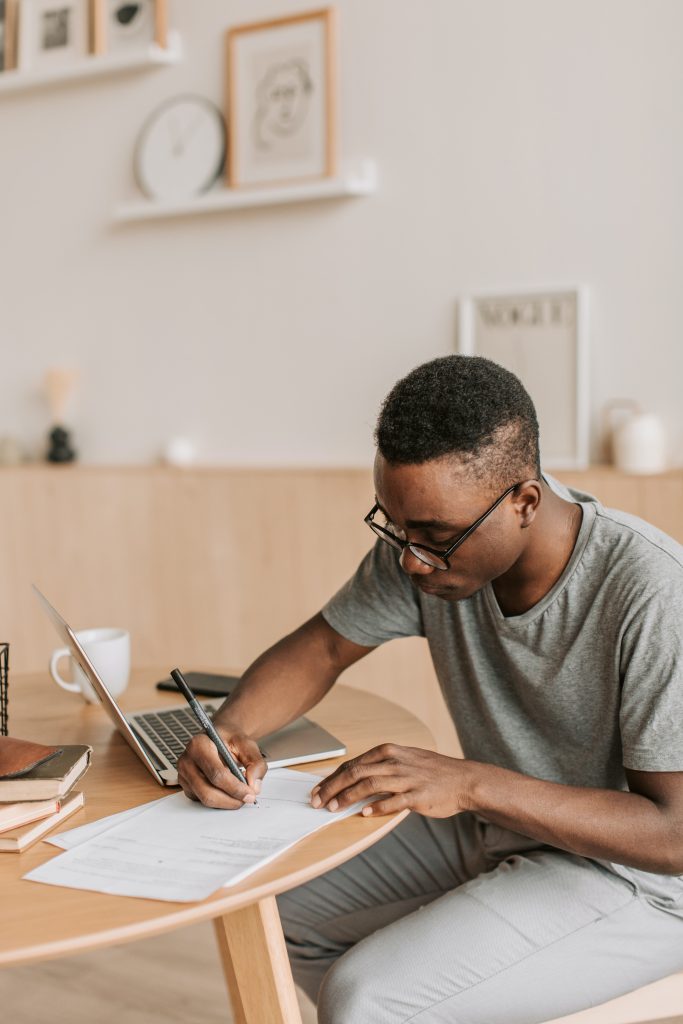 The structures were old and built on a slight curve. Powers was asked to set out modular areas on each level for student accommodation. The shape of the building meant that the long corridor down the centre, with rooms accessed off it, had to be curved too. The designers were striving to create a straight space out of a curvy, asymmetrical building. There was also a break line in the building, meaning it kinked slightly, so the surveyors had to set up two separate grids, to account for the ‘fault line’.

Due to the complexity of works, and the shape and condition of the existing structure, it was difficult to carry out simple engineering practices – for example setting out, installing offsets, back checking and steel installation. However, Powers was able to provide an engineer with the specialist knowledge to solve this and create a basic wall and floor plan to develop a best fit for the project.

St. Leonard’s House now offers the best in modern student accommodation, with stylish and comfortable studio apartments just minutes from the high street and easy commute to the university campuses across the city.

The project addressed the need for additional high-quality student accommodation in the city.