Happy Halloween! It’s time to get spooky, but instead of watching a horror film, let’s talk about surveying cemeteries. It may seem a little morbid, but it is common in the surveying profession, to create cemetery burial plot maps in the UK. Our survey team have recently been tasked with surveying a cemetery to locate possible unmarked burial plots, as part of a larger project and as it’s Halloween we thought we’d share this interesting topic with you. We don’t mean to brag but, the zombies think we’re the best thing since sliced head. 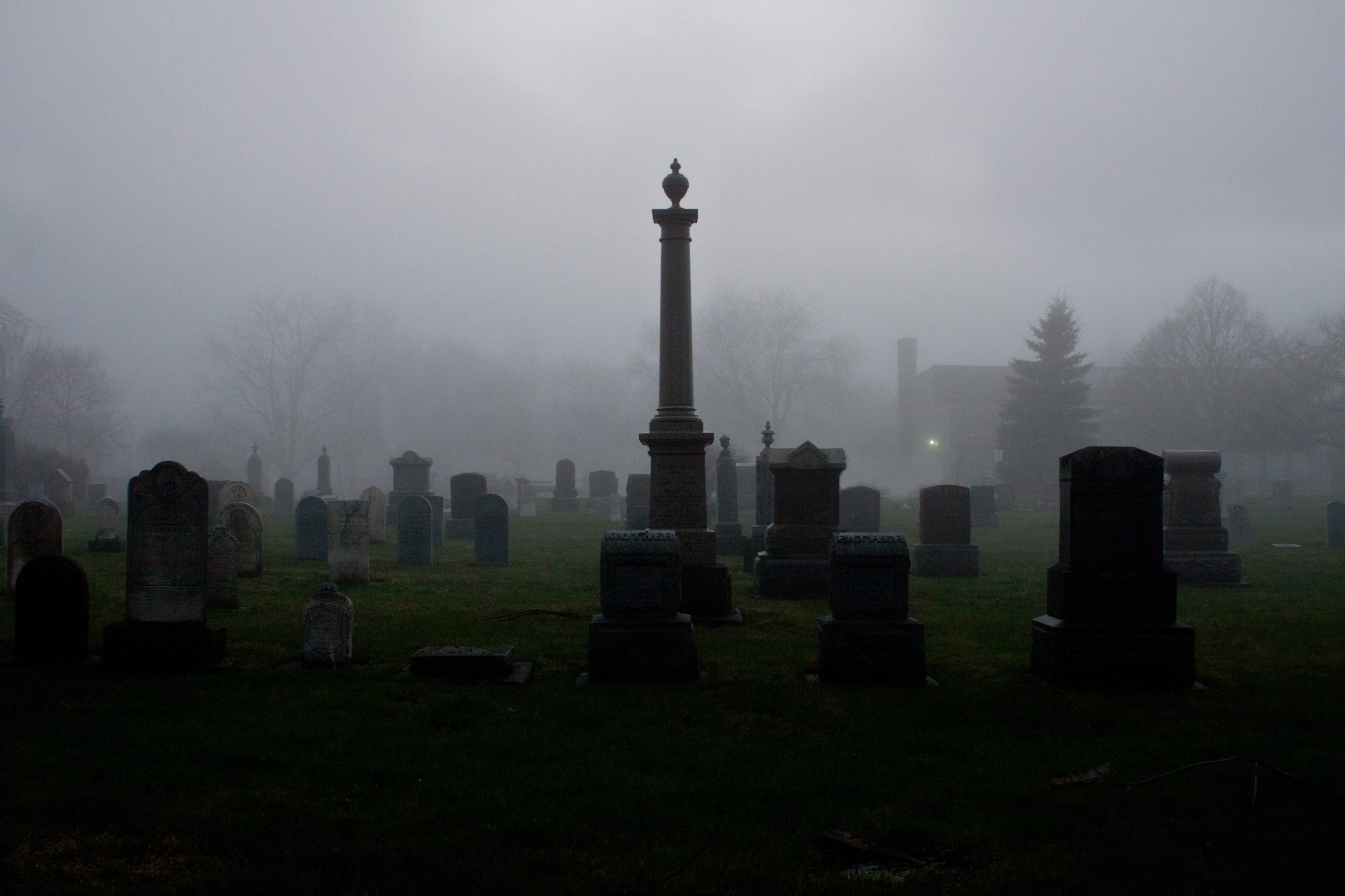 How do you survey a cemetery?

A cemetery (or graveyard) is surveyed in the same way as any other site. Depending on the specification of the client, a topographical survey would be conducted, along with an underground utility detection survey (utility mapping). The topographical survey would show the contours of the land and the features, for example, the headstones, chapel/church, water supply taps, gates, walls, paths, and roads. Whereas an underground utility detection survey would show areas where potential burial plots could be by indicating where the ground has been disturbed.

Why would a cemetery need a topographical survey?

Cemeteries would need to be surveyed for a few reasons. The main reason is expansion and redevelopment. Death is a common part of life, we’ve all experienced loss in our lives, and due to the growing number of people in our country, it also means the number of deaths will also increase. Councils often ask for a topographical survey for graveyard mapping, which will enable redevelopment of the existing land, by expanding it, allowing for extra burial plots. A topographical survey will show boundary lines, so the Council will be able to accurately pinpoint the land they own.

On the other hand, a lot of cemeteries are relocated for construction purposes or expanding towns and cities, knowing where graves sit in the land is vital in the relocation of those buried there. A topographical survey will show all the graves’ locations and what features are present in the cemetery.

How to plot graves with a topographical survey

Once the spatial data has been captured to create the topographical survey, this information can be used to create a map of the graveyard. A topographical survey drawing will include the locations of headstones and the size of the graves. This is ideal for existing cemeteries that are still active, as the groundskeepers will have accurate, up-to-date topographical drawings, showing the locations of graves, making it easier to keep on top of landscaping the ground and plan ahead for future burials.

Why would an underground utility detection survey be needed?

Not every cemetery has a historic record of existing graves. Unmarked graves are found all over the world, with the UK being no exception. There are instances of no records being kept or worse, lost, where bodies have been moved when a cemetery has been relocated. The best way to locate unmarked graves is by using GPR (ground penetrating radar). GPR is a non-intrusive method, as there is no need to dig or probe the ground and the process of capturing data is quick.

How to locate graves using GPR

Using the latest in GPR technology, our team would comb over the suspected burial ground and will be able to detect any disturbances in the soil. However, bodies won’t show up on GPR, which is why disturbed soil is a key indicator to suggest something has been buried in the ground.

When processing the data, anomalies will appear on the GPR profile. If the ground has been freshly dug, it will reflect brighter than that of an older spot. If the ground is clear, with no tree roots or stones, it makes finding burial spots simpler as changes in the soil will be a lot easier to detect.

Once it has been established that the ground has been disturbed, and it is likely there is something buried in the ground, excavation can begin. From here, the burial plot will be dug up, and the person buried will be moved to another cemetery, in a more respectful manner.

If you’re working on a site that you believe may have unmarked graves or don’t believe those buried have been successfully relocated, contact us for a GPR survey by ringing us on 01928 734473 or emailing surveyors@powersuk.com.